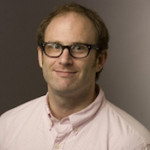 Project Description: The control and design of atomic-scale ordered multipoles facilitate novel properties and functionality of materials systems. At the atomic scale however, a rigorous, well-defined concept of a multipole is unclear. While recent breakthroughs have taught us such objects are related to topological properties of the electrons, e.g., Berry-phases, a chemically-intuitive theory that would facilitate the design of new materials with novels properties and responses remains unknow. In this work, I am exploring the use of novel machine learning ideas  – developed in the field of image-processing/computer vision, that learns to recognize objects based on equivariance (automorphisms), rather than invariance (equalities) – to develop a chemically-intuitive picture of atomic-scale mutlipoles, that can be used to design new materials with novel (non-linear) optical and electronic responses.